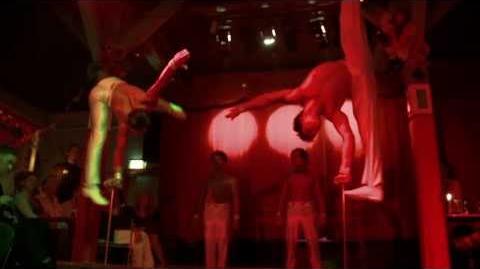 Forum: http://www.hampepartiet.dk/index.php?option=com_kunena&Itemid=73 - for discussions on the issue on legalization of marijuana in Denmark.

We have build up a very strong team the last 2 years- and this year march was very good and well planed.

We have got a lot of press coverage (3 news papers, one front page, 1 news channel had it covered)- the turn out was around 500 to 700 at different times. We had made a hole day plan, with the march from 1300 to 1500 and then was at the government building for almost 2 hours. Where had 3 political speaks and 2 bands played, also we had invited a poet that made one of the best cannabis speaks in a long time, many said.

In the night time we had more music in Christiania (free town in Copenhagen) and party to about 0100.

It was an all out success - and the team is even stronger with that success in our backs.

The Global Marijuana March 2006 in Copenhagen was a double march. It was arranged by Cannabisrådet (The Council of Cannabis) which is a union of people and political parties and organizations who want to have free cannabis... The first was leaving from the free town of Christiania, the second was leaving from Blaagaards Plads in Noerrebro. At Blaagaards Plads there was a speech of Zenia Stampe, the leader of the Radical Left party's youth organization (In Denmark the party "Radical Left" is rather rightwing). She say YES to free cannabis, and that's why she is a sweet radical woman. At Blaagaards Plads there was also a speech by Jeppe Rohde from SUF. (Socialistic Youth Front). Of course there were problems, so it had to be, but they are always solved. On the road the tractor from Christiania was running out of gasoline, but then people decided to have a "rygepause", a Danish word for a smoking break. On the tractor was a pusher house in wood, back from the good old days before the Danish government smashed Pusher Street. Verner, a famous cannabis activist who runs the home page Jointen.dk, was speaking on the road from Christiania to Axeltorv. The two demonstrations meet each other later at Axeltorv where there was a major Smoke In. The Free Hash Movement from Christiania had brought two ecological fruit pipes, and they were filled several times. There were also a lot of free joints. The smoke was sponsored by "drengene" (the boys) from Pusher Street. There was a speech of Line Barfoed who is a member of the Danish parliament for Enhedslisten, and a cannabis activist called Jesper from Aarhus. There was also entertainment from the magician Erik Sandmand and his beautiful assistant Madame Waffa. They were performing the show "The Magic Box" in between all the smoking. At Axeltorv there was also music made by Snyder and D. J. Ayo. At 17:00 the march left and we all go to Christiania. There was a lot of cannabis related music in Christiania. In Pusher Street there was the hiphop crew "Kartellet", and later the famous Danish Punk band "EnhelrøvfuldFrank". They performed their famous hit "Bjarne Blues". (Bjarne is the leader of the police force in Christiania, and he is not very popular). It was very funny, everybody in the street was dancing "Pogo", a punk rock dance. In the end of the concert the front singer named Aldi-Frank was arrested on the stage. At the Smoking Cafe "Månefiskeren" there was a more mellow feeling. Here D.J. Hydepark was playing non-Babylonian reggae music. And later was the two Danish hippie musicians Stig Møller and Peter Ingemann, two guys which have been fighting for free cannabis since the sixties. It was a very nice day, the weather was good, the sun was shining and the mood was good, everybody was feeling fine, even the police had a good time. The police were helped by "Idiotiet", a group of girls from Christinia, dressed up like policewomen. It is important that the cannabis users have a "free day" once a year, as said by "Totalbon", one of the march coordinators. See you next year in Copenhagen at the Marijuana March... Klaus Trier Tuxen

Retrieved from "https://cannabis.wikia.org/wiki/Copenhagen,_Denmark?oldid=81859"
Community content is available under CC-BY-SA unless otherwise noted.