Share links: cost and costs. This article was written by Timeshifter.

See also: Vote out most Republicans and their cannabis war. And: Drug war charts and maps. And: cannabis arrests. And: Drug war causes high U.S. incarceration rate. And: People in prisons and jails in the USA for drug-related crime. And: Number of marijuana prisoners in the USA.

Mass incarceration could be costing the United States over $1 trillion a year. [87]. Sam Stecklow. 17 Sept 2016. Fusion.

From the study abstract: "This study draws on a burgeoning area of scholarship to assign monetary values to twenty-two different costs, which yield an aggregate burden of one trillion dollars. This approaches 6% of gross domestic product and dwarfs the amount spent on corrections. For every dollar in corrections costs, incarceration generates an additional ten dollars in social costs." 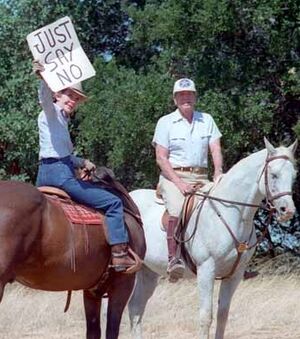 "Spending on law-enforcement by states and local governments hit $212 billion in 2011, including judicial, police and corrections costs, according to the most recent estimates provided to the U.S. Census Bureau." - From Wall Street Journal article: As Arrest Records Rise, Americans Find Consequences Can Last a Lifetime. Aug. 18, 2014.

See this timeline graph to the right. Criminal justice system cost $228 billion total in 2007. $50 billion for judicial and legal costs. Plus $104 billion for police. Plus $74 billion for corrections.

In 2007, around $74 billion was spent on corrections alone according to the U.S. Bureau of Justice Statistics: Justice Expenditures and Employment, FY 1982-2007 - Statistical Tables. See PDF and table 2: "Total justice expenditures, by justice function, FY 1982–2007 (real dollars)". Table 2 is copied below.

"The U.S. has one of the stingiest minimum wage policies of any wealthy nation." See: Charts. See Wikipedia: List of minimum wages by country.

He wasn't a socialist. His

Return to top. Register and vote for cannabis.

Retrieved from "https://cannabis.wikia.org/wiki/Cost_of_Republican-led_U.S._drug_war?oldid=77183"
Community content is available under CC-BY-SA unless otherwise noted.