See: Number incarcerated in the USA peaked in 2008‎.

People in prisons and jails for drug offences

See also: Number incarcerated in the USA peaked in 2008.

Cost of criminal justice system in the USA

First mandatory minimums chart below is from an older FAMM report, "Correcting Course: Lessons from the 1970s Repeal of Mandatory Minimum Sentences". FAMM is Families Against Mandatory Minimums. [83]. See Wikipedia: Mandatory minimums. The Fair Sentencing Act of 2010 increased the amounts of crack cocaine required to trigger 5 and 10 year sentences. [84]. See revised charts since then. Share link to this page.

For charts of all federal mandatory minimums (not just for drug offenses), go here. 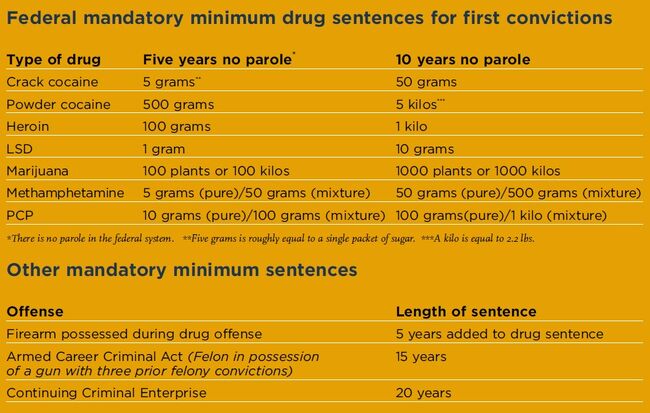 Later chart with revisions, such as the amount of crack cocaine required for various sentences:

It has been up to 58% for legalization in some polls. See MarijuanaMajority.com for latest graphic.

See main article: Number of marijuana prisoners in the USA. 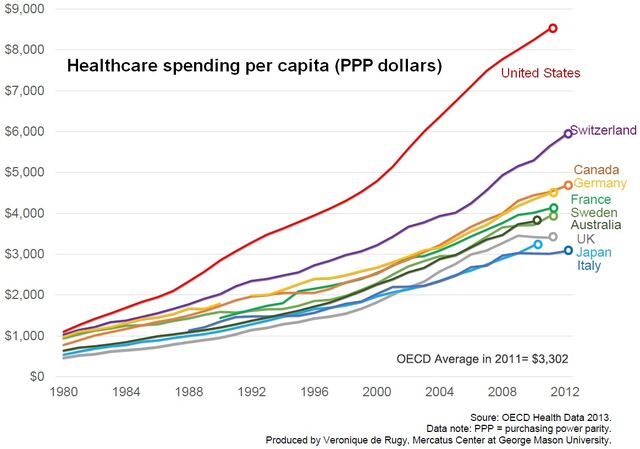 Above chart is from: US Health Care Spending More than Twice the Average for Developed Countries | Mercatus. Canada's single-payer universal healthcare costs less per person than U.S. healthcare. [85][86]. For more country info and charts: [87][88].

Retrieved from "https://cannabis.wikia.org/wiki/Drug_war_charts_and_maps?oldid=77187"
Community content is available under CC-BY-SA unless otherwise noted.