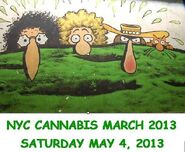 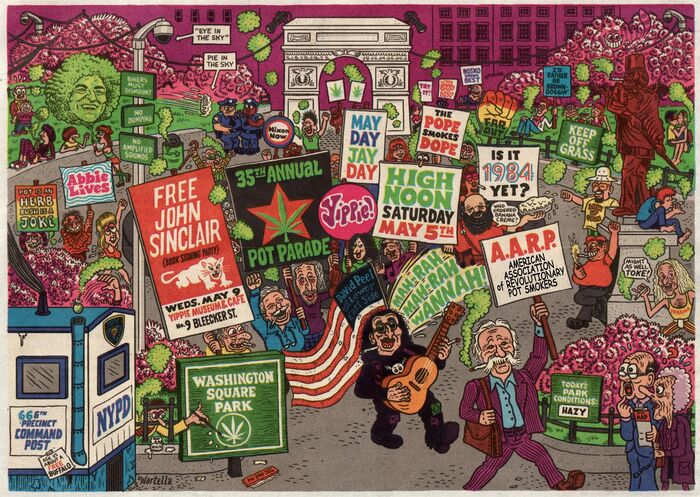 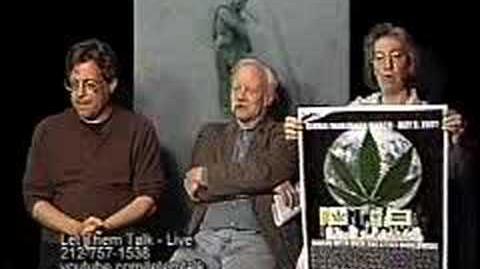 A group rallied in Lower Manhattan Saturday to call for the legalization of marijuana for medical purposes. “Cures not Wars” is urging lawmakers to allow hemp to be used with a prescription. “If alcohol is socially acceptable, then I see no reason why marijuana can’t be,” said Audrey Silk, a Libertarian candidate for mayor, who joined the demonstration. “And medical marijuana to me is a total no-brainer. There is no reason to deny people who say it works fot them the ability to use it.” The group is also touting the new drug ibogaine, which it says helps cure addiction. “Basically with every other drug you take for drug addiction, like methadone, when the methadone wears off, you’re back in withdrawal,” said Dana Beal, another protestor. “When the ibogaine wears off there is no withdrawal.” Similar demonstrations took place in nearly 200 cities around the world, including Prague, Kiev and Tel Aviv.

Video below has clip from the Howard Stern Show on November 19, 1998 - Goofing on the 1998 Million Marijuana March that occurred on May 2, 1998 in New York City. Dana Beal calls in to the show at 9 minutes 9 seconds in. Howard, Dana and the crew also discuss the upcoming 1999 MMM on May 1, 1999, and that it will occur in various cities worldwide. Youtube link. 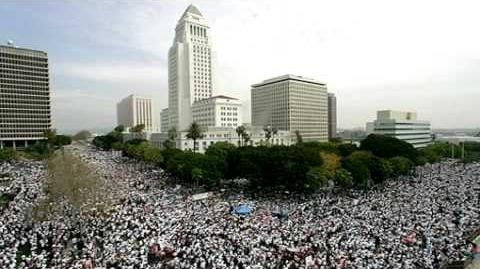 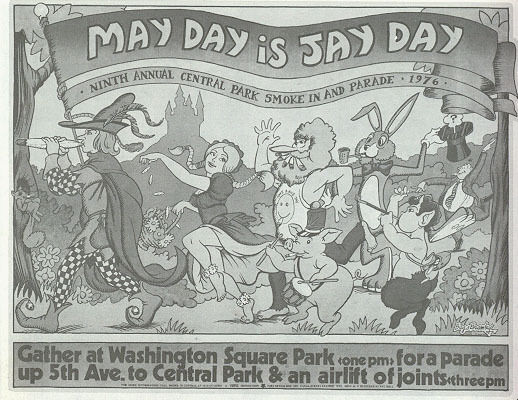 "The first Smoke In was held in February 1967 in upstate New York by Michael Aldridge but it did not receive much press attention. In June 1967 Dana Beal and the New York Provos held the second smoke-in in Tompkins Square Park. Due to several arrests this demonstration received considerable press. Beal went underground in January 1968 but the Smoke Ins continued just as they do today as evidenced by the above photo of 10,000 Smoke Inners in Boulder on April 20, 2008."

Retrieved from "https://cannabis.wikia.org/wiki/New_York_City,_New_York,_USA?oldid=73795"
Community content is available under CC-BY-SA unless otherwise noted.