Gauchos held on Sunday afternoon the Marijuana March in the park of the Redemption, in Porto Alegre. At the beginning of the event, the Military Police estimated that about 300 people attended the meeting. However, according to Leonardo Günther, one of the organizers, the walk got to meet 2500 Protestants passing the avenue João Pessoa.

Günther says that all the protest took place peacefully, "unlike what happened in Sao Paulo." For him, Porto Alegre is an example of the protest for the legalization of drugs "is a peaceful movement and does not have violence because". "Porto Alegre said yes, you can make the march," he said.

The event, organized by the Collective Principle Activity, began with the presentation of a play and debate, when participants put forward their ideas. The road ran through the vicinity of the park and ended around 18:15. 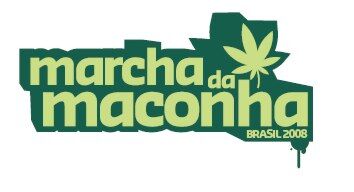 Yesterday (07/05/2005) [May 7, 2005], in Porto Alegre, we took the first step to the effective construction of the local anti-prohibitionist movement. During a cold and rainy afternoon we gathered, at the auditorium of the Central Academic Directory of Universidade Federal do Rio Grande do Sul (DCE-UFRGS), about 70 people, most of them young people on their early 20's. The number outcame the expectations of the "organizers", due to the lame ad campaign done basically through the internet, and half a dozen posters.

The meeting begun at 15:30, with a brief report of the national and international anti-prohibitionist situation. Soon after, the debate was open. Since it was the first meeting, there wasn't an agenda, properly saying, and the debate was about several questions related to the problems lived by drug users, due the prohibitionist policy; violence; agression towards individual freedom(s); precariety and disrepect in health care services and education; lack of a quality control on consumed substances; barely inexistence of quality orientation to the user, about means to reduct risks and harms.

It was also discussed different perspectives about possible ways to lead the anti-prohibitionist movement. Should we go for legalisation or "descriminalization"? Should we go to mainstream press, or indie press? Should we fight for the production and selling get vinculated to the so called solidary economy nets, or should we embrace the neoliberal logic? Should we legalise only for personal use and personal plantation (private culture)? And so was the debate, free, making of this first encounter, above all, a moment of checking possible agendas that we'll follow through the next months.

By the end of the meeting, so that energy wouldn't be dissipated, we discussed strategies and directed efforts in order to guarantee the continuity of this movement. We established a few workgroups to discuss and elaborate a letter of principles, to get finantial aid, to elaborate a website and all the graphics designs of the movement. Also, was created a law comission, gathering mainly Law students, responsable to verify both drug laws, as other aspects that can guarantee that our fight won't be taken as an encouragement of the use of drugs, considered as a felony in our country. By the way, the composition of general meeting was completely heretogenic: Law, Social Sciences, Biology, Psichology, Arts and Pedagogics students, plus high schoolers, people related to the Public Health School of Porto Alegre (Escola de Saúde Pública de Porto Alegre), and many, many other people.

All workgroups should hurry their specific work, keeping in touch through an e-group that will be created for all the people who attended the first meeting. In a month, there will be a second meeting, and a key note speaker will attend, one that we'll choose after further discussion through our e-group. We'll also premiere a documentary that's being produced by Journalism students of UFRGS, that registered the meeting and collected statements of the people who were there.

I feel it was a golden beginning.

Facebook image source with comments. Info: [92].
The quote from John Ehrlichman (in 1994) is from an April 2016 Dan Baum article in Harper's Magazine: Legalize It All. How to win the war on drugs. Quote: “The Nixon campaign in 1968, and the Nixon White House after that, had two enemies: the antiwar left and black people. You understand what I’m saying? We knew we couldn’t make it illegal to be either against the war or black, but by getting the public to associate the hippies with marijuana and blacks with heroin, and then criminalizing both heavily, we could disrupt those communities. We could arrest their leaders, raid their homes, break up their meetings, and vilify them night after night on the evening news. Did we know we were lying about the drugs? Of course we did.” 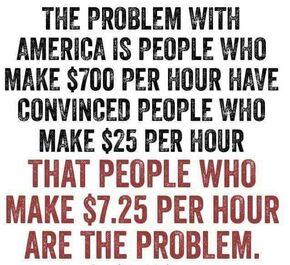 The evil history of the US Senate filibuster, or why the US no longer has simple majority rule. [93].

US middle-class wealth has collapsed. [95]. See chart below. See: Income inequality and drug war. And: Wikipedia: List of countries by wealth per adult.? Median wealth is exactly in the middle. 50% of adults have more, and 50% have less. Wealth is all assets (money, stocks, property, etc.) minus all debts.

Middle class wealth collapsing. [96]. And: Just 8 men own same wealth as half the world. See Wikipedia: Wealth in the United States.

Medicaid, Medicare, Social Security all came from Democrats. You pay the taxes while healthier. Republicans prefer you die. 50% in U.S. Fear Bankruptcy Due to Major Health Event. [98]

Retrieved from "https://cannabis.wikia.org/wiki/Porto_Alegre,_Rio_Grande_do_Sul,_Brazil?oldid=81792"
Community content is available under CC-BY-SA unless otherwise noted.