Vote out most Republicans

Return to top. Vote out most US Republicans and their cannabis war.

Prosperity for all is not sustainable without universal healthcare, progressive taxation, higher taxes on the rich, lower taxes on the middle class, a high minimum wage, and a sustainable population. Vote out most Republicans! Ballotpedia issues: marijuana and minimum wage. It is not socialist. It is Common Sense. (search for "poor" among Thomas Paine quotes). See: List of minimum wages by country. And: Medicare-for-all, like Canada, is not socialist either. See: US federal minimum wage has 35% less buying power than in 1969. 10 years since last increase. A record. [70]. Racist Republican state governments in 28 states passed laws to prevent cities from raising the minimum wage. Far-right talk radio helps Republicans do this. Republicans block cheap municipal broadband in 26 states. Vote!

Money wasted on health insurance companies, drug wars, and most ground wars, helps no one.

Wikipedia: US drug overdose death rates and totals over time. 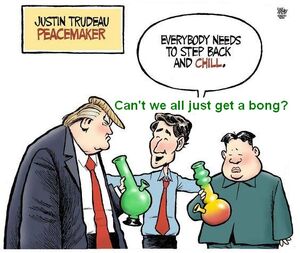 It has higher minimum wage

Canada has a higher minimum wage than the US. See: Wikipedia: List of minimum wages by country.

It has a lower murder rate,

US drug war is expensive

Pentagon is a money pit.

17 Mar 2019: The Pentagon’s Bottomless Money Pit. By Matt Taibbi. Rolling Stone. "Despite being the taxpayers’ greatest investment — more than $700 billion a year — the Department of Defense has remained an organizational black box throughout its history. It’s repelled generations of official inquiries, the latest being an audit three decades in the making, mainly by scrambling its accounting into such a mess that it may never be untangled."

US Republican war on poor, 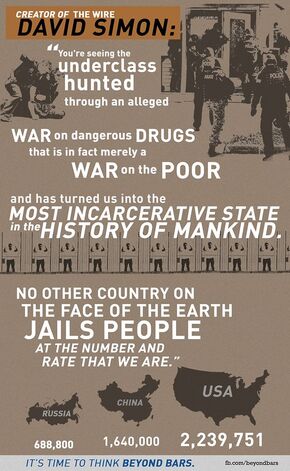 26 Sep 2019: Income inequality in America is at its highest level in more than 50 years.

Chart. Homelessness is increasing under Trump.

Rich pay less taxes than you,

9 Oct 2019: America's richest 400 families now pay a lower tax rate than the middle class. CBS News.
8 Oct: For the first time in history, U.S. billionaires paid a lower tax rate than the working class. The Washington Post. From the article: "The top 400 families have more wealth than the bottom 60 percent of households, while the top 0.1 percent own as much as the bottom 80 percent. ... the tipping point came in 2017, with the passage of the Tax Cuts and Jobs Act. The legislation, championed by President Trump and then-House Speaker Paul D. Ryan (R-Wis.), was a windfall for the wealthy: It lowered the top income tax bracket".
6 Oct: The Rich Really Do Pay Lower Taxes Than You. New York Times.

College at 16 is cheaper.

Return to top. See: Wikipedia: Age of majority (by country). Wikipedia: Voting age. Voting age of 16 in many countries.

Scotland: Adult at age 16. Prolonged forced adolescence is a waste of time and money. Increased agency is better. Public high school in the USA costs an average of $12,509 a year per student in taxes. The money now spent for high school between the ages of 16 to 18 could be set aside for 2 years of college tuition, room, and board. See: Scotland. What can I do at my age? See: Age of Legal Capacity (Scotland) Act 1991. See: Wikipedia: Education in Scotland: "In 2014, research by the Office for National Statistics found that Scotland was the most highly educated country in Europe".

Retrieved from "https://cannabis.wikia.org/wiki/USA._The_state_of_the_nation?oldid=81116"
Community content is available under CC-BY-SA unless otherwise noted.