17 June 2021: Connecticut Governor Plans to Sign Legal Cannabis Bill Heading to His Desk. "passed on a 16 to 11 vote, ... all the Republicans in attendance in opposition."
13 May 2021: Minnesota House passes legal cannabis bill; no future in Republican Senate.
23 Apr 2021: Five States Where Republicans Are Trying to Block Marijuana Legalization.
19 Apr 2021: House Passes Marijuana Banking Bill With Bipartisan Support . "The legislation passed the House with bipartisan support in 2019, but it was ignored by the Republican-controlled Senate." 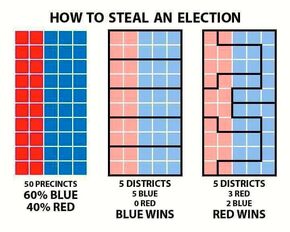 27 Feb 2021: Virginia joins 15 other states in legalizing marijuana "The House passed the measure in a 48-43 vote, and the Senate approved it in a 20-19 vote. Not a single Republican [dumbasses!] voted for the bill in either chamber."
22 Feb 2021: Gov. Murphy (Democrat) Signs Regulation and Decrim Bills That Officially Legalize Marijuana in New Jersey.
19 Feb 2021: Wisconsin. Republican leaders snuff out Governor Evers’ plan to legalize marijuana.
11 Feb: Northern Kentucky lawmaker (Democrat) files legislation that would legalize recreational marijuana use for adults. [75][76][77].
7 Feb 2021: Democrat Governor Evers proposes legalizing recreational marijuana in Wisconsin. Will Republican legislature pass it? [78].
6 Feb 2021: Virginia Lawmakers Pass Marijuana Legalization Bills. The Democrat governor is expected to sign it.
3 Feb 2021: Idaho Senate approves constitutional ban on legal marijuana. And the winner of the 'most backward state' is ... Idaho! Thank you Republicans.

27 Nov: House To Vote On Kamala Harris Bill Which Would Legalize Marijuana Next Week. [81][82][83][84]. State anti-cannabis laws remain. "remove marijuana from the schedule of controlled substances under the Controlled Substances Act ... If Democrats regain a majority in the Senate, the legislation has a real shot at becoming law under a Biden-Harris administration."
22 Nov 2020: California cannabis industry banking on bills stalled in Republican Senate. A proposal to ease the federal ban on marijuana could encourage more banks to do business with cannabis companies.
20 Nov 2020: 'The war on drugs failed': Democratic California lawmaker will push to decriminalize psychedelics in California. 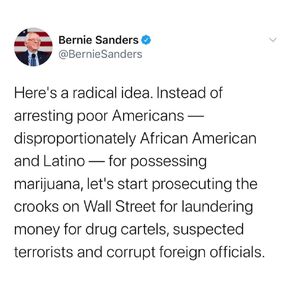 5 Sep 2020: Marijuana Is Making Its Mark on Ballots in Republican States. "Republican-led legislatures have opposed legalization measures, so proponents are going right to the voters."
4 Sep: US House of Representatives to vote on federal marijuana legalization (descheduling; allowing states to make cannabis laws) for first time; future in Republican Senate uncertain.

31 Aug 2020: Nebraska Republican Governor Ricketts: 'There is no such thing as medical marijuana'.

22 Apr 2020: Majority Of Americans Think Marijuana Legalization Is A Successful Policy, Poll Finds. Most Republican politicians follow the lead of their base. So vote out most Republicans. From the article: "Democrats were the most likely to say that legalization has been successful or mostly successful (67 percent), followed by independents (54 percent) and Republicans (41 percent)." 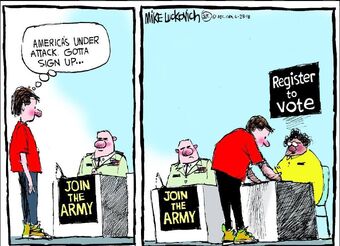 US middle-class wealth has collapsed. [125]. See chart below. See: Income inequality and drug war. And: Wikipedia: List of countries by wealth per adult.? Median wealth is exactly in the middle. 50% of adults have more, and 50% have less. Wealth is all assets (money, stocks, property, etc.) minus all debts.

Middle class wealth collapsing. [126]. And: Just 8 men own same wealth as half the world. See Wikipedia: Wealth in the United States.

Retrieved from "https://cannabis.wikia.org/wiki/Vote_out_most_US_Republicans_and_their_cannabis_war?oldid=81857"
Community content is available under CC-BY-SA unless otherwise noted.